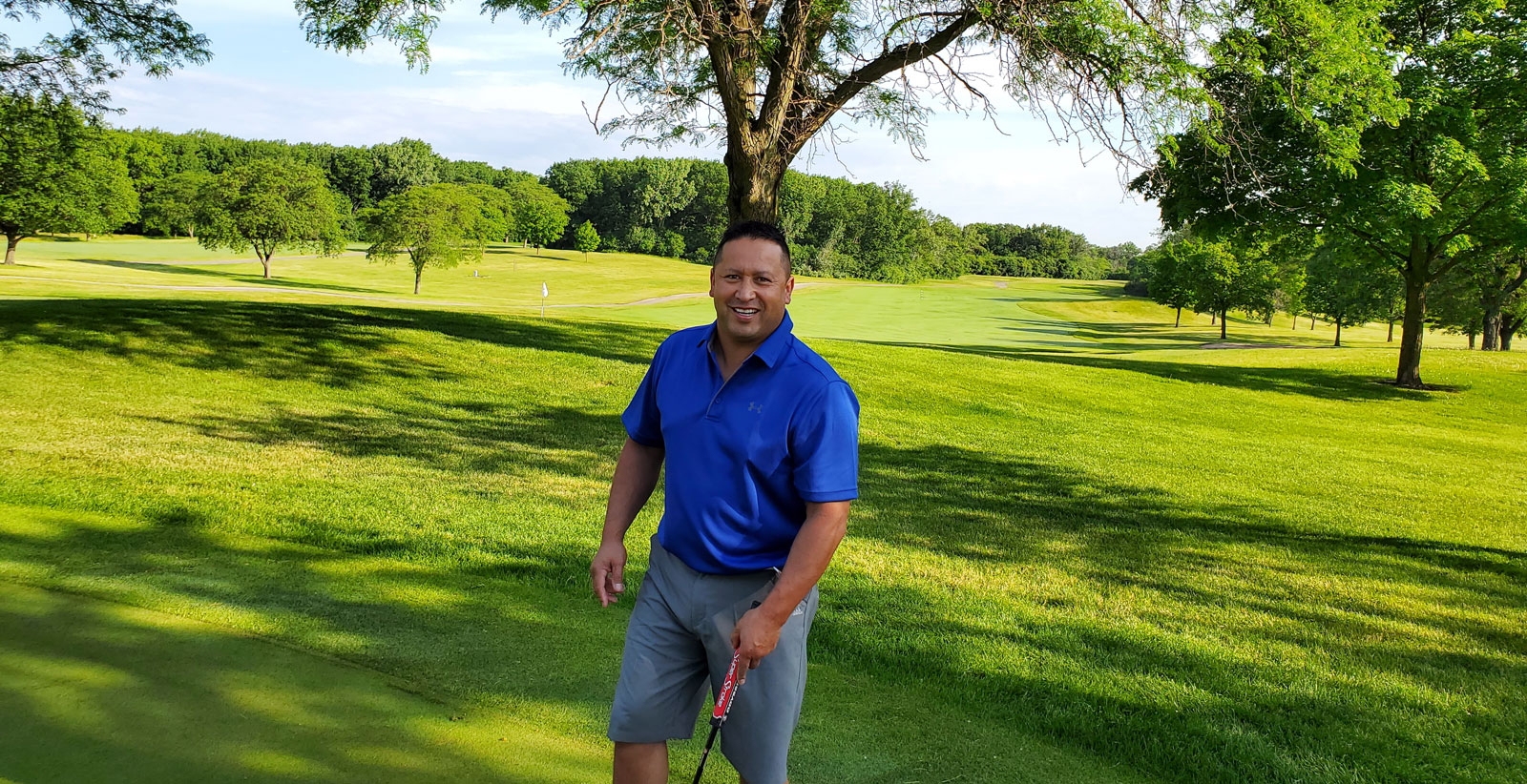 It took 1,107 days for Rob Garcia and Billy Les to avenge their bitter defeat at the last Invitational Shootout in 2019, but it was well worth the wait. The 2013 champions won their second title on Friday with a one shot victory at the 2022 Invitational Shootout on a challenging George W. Dunne National Golf Course in Oak Forest. 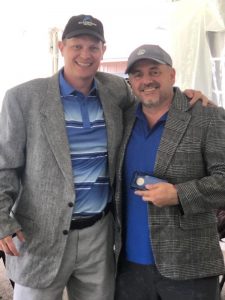 Garcia and Les defeated the team of George Les and Paul Manolitsis by one stroke with an 8-under 64. The victorious duo posted an eagle on the par five 14 hole and a birdie on the tough 326-yard par four 16th hole to cement the victory.

“I couldn’t be more proud of the way Rob and I competed today” said Billy Les. “We got off to a bit of a slow start and I started to wonder if the Golf Gods might not be on our side. Things started to turn around the 6th hole and we birdied four of our next five holes after that. We just had to be patient and wait for things to come together.”

Garcia and Les are no strangers to adversity. In addition to finishing second in 2019, they lost a crushing sudden death playoff at the 2017 Invitational Shootout at Waters Edge and also finished one stroke behind Mike Howley and Ray Shinkle in 2016.

“We lost two Shootout tournaments to the pandemic (2020 and 2021), so Billy and I were really motivated to get back on the course on prove ourselves this year” said Rob Garcia. “To win at a prolific place like George W. Dunne National Golf Course makes it even more special.”

“There is a certain reverence that golfers on the south side have for George W. Dunne National Golf Course” said Mick McDonnell. “This course challenges you in just about every way and over time, it reveals who the best teams are. The teams that finished at the top of the leaderboard in 2022 confirm that.”

“Listen, few teams have suffered as many setbacks in The Shootout as Garcia and Les” said 2004 Invitational Shootout Champion Joe Hill. “Their win today started 36 months ago when they determined that losing was no longer an option.” 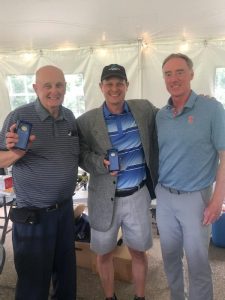 Walter Lis Jr. and Walter Lis Sr. held off a strong group of competitors for a one stroke victory in the Invitational Shootout Legends Division. Rich Burke and Bob Faxel finished one stroke behind in second place.

Read the 2017 Invitational Notebook of Winners and Losers

With the win, Hennessey-York joins an elite group of five Shootout champions who have won two titles with two different partners. He also has a chance to make history by becoming only the third person with three victories at next year’s historic event.

“Make no mistake, I’m extremely grateful for this moment. But I would be lying if I didn’t admit to my excitement for the 25th Anniversary Invitational Shootout next year. To win the 25th Shootout and join two giants – King George Les and Ray Shinkle with three wins, is something I’ll be thinking about for the next 365 days.”

It took a new partner for the man widely regarded as the greatest competitor in tournament history, George Les, to win his record-setting third Invitational Shootout championship. “King” George partnered with newcomer Paul Manolitsis to defeat the defending champions, Rob Garcia and Billy Les, by a single shot in the 2014 Invitational Shootout at Water’s Edge Golf Club in Worth.

A winner in 2007 and 2011 with Dominic Dallio, George Les recruited long-hitting Manolitsis to replace the injured Dallio for this year’s event. Manolitsis proved more than capable of stepping into Dallio’s prestigious shoes, using his prodigious length to supplement George Les’ artistry around the greens.

However, it took back-to-back birdies by King George himself on the final two holes to overcome his son and partner Garcia. With the victory, George became the only player in Shootout history with three victories.

“Manolitsis is the real deal” said 2004 Champion Joe Hill. “Our group was right behind theirs and we saw that guy hit some amazing shots. I know Dom was a special player, but I think Paul has him beat. He was definitely the most dominant player on the entire golf course today.”

“I drained about a 20-foot putt on 17 to tie the score and then I drained a similar length putt on the final hole for the win” said George Les. “I’m not sure if Rob and Billy knew what hit them, but I’ve done this before.”

The 20th Annual Invitational Shootout featured an expected battle of famous names. Two-time Champion Ray Shinkle and partner Mike Howley brought three wool jackets to the competition on Saturday and were among the favorites to capture the crown. Their toughest competiton featured the equally famous Les name, but a new entry into the upper echelon of Shootout competitors. This time it was Billy Les, not the legendary King George Les, and partner Rob Garcia, who would battle the Shinkle/Howley dream team in overtime on a saturated Saturday at Water’s Edge Golf Club.

Both Shinkle/Howley and Garcia/Les finished at -6 after 18 holes, necessitating the first playoff since 2008 when The Armstrongs defeated George Les and Dominic Dallio on the first hole in sudden death. With darkness looming, Rob Garcia made a 20-foot birdie putt on the first playoff hole to defeat Howley/Shinkle and capture the 20th Annual Invitational Shootout.

“The Les name means quality, and my partner Billy definitely produced a ‘Les quality’ performance today” said Rob Garcia. “King George is universially accepted as the greatest player in Shootout history. However, Billy is not far behind and could be the future of this great event. We had a great time out there today and are really looking forward to competing with George and Dom next year at The Invitational Shootout.”