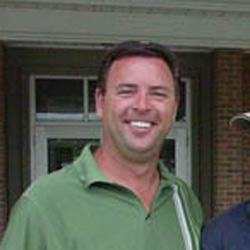 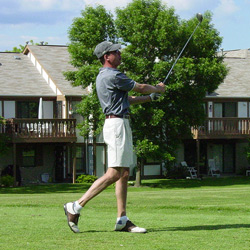 Tom “Big Dog” Scanlon was the original power-hitter at the Invitational Shootout, winning the long-drive competition the first three years the competition was held. Scanlon’s enormous length transformed the tournament as it evolved from a game of precision to a game of awesome explosive power. In 1999, Scanlon partnered with John Boyle for a memorable come-from-behind victory at the challenging Maple Meadows Country Club.