In the history of The Invitational Shootout, 900+ golfers have hit over 175,000 golf shots and 36 men have been crowned Champion. Here are the ten moments widely considered to be the greatest in Shootout history.

The 2000 tournament, which was the only event that was rescheduled due to rain, was contested at Prairie Bluff Golf Course in Romeoville. The tournament also featured a sudden death playoff between the teams of Brian Jones and John Russelberg and Walter Lis and Roger Yaffe. 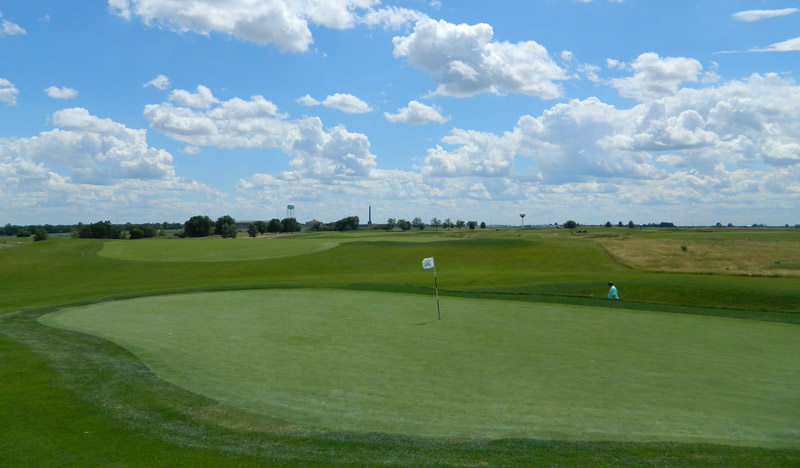 After nearly five hours of back and forth battle, the teams of Pat Walsh and Chris Wolak and Tom Senne and Walter Lis were tied and playing in the same foursome with a single hole left in the 2001 Shootout. Senne and Lis hit first and found the fairway on the 305-yard par four 18th hole at Maple Meadows.

After Wolak hit his tee shot, Pat Walsh pulled a driver from his bag and aimed for a narrow strip of landing area near the front of the green. No previous teams had even attempted to hit the green off the tee that day, but Walsh threw caution to the wind and hit one of the most remarkable drives in Shootout history. His tee shot stopped just short of the green, allowing Walsh and Wolak to convert the birdie and steal the coveted green jackets once again from the four-time runners up, Lis and Senne.

With the tournament celebrating its fifth anniversary, The Invitational Shootout made its first visit to Maple Meadows Country Club in 1998. The defending champion Maione brothers were unable to return to defend their crown, but the 1996 champions, Mike Marziani and Mark Murnane were on hand to demolish the competition at the event’s new home. With the victory, Marziani and Murnane became the first team to win The Shootout twice, a record that has been tied four times. However, no team has won three titles.

7. Armstrong’s defeat Les/Dallio on first hole of a sudden death playoff to win their first of two titles.

In the the third sudden death playoff in Shootout history, Shootout rookies Bryan and Brett Armstrong outlasted 2007 Champions Dominic Dallio and George Les to capture the 2008 Invitational Shootout at Waters Edge Golf Course. The brothers would win again in 2010, this time defeating Joe Hill and John Eterno by three strokes.

Perhaps no moment in Shootout history was as inspiring as Mickey McDonnell’s determination and incredible pain threshold in 2012. Faced with a severe wrist injury, tournament organizers were shocked to learn that McDonnell would attempt to play. McDonnell had refused to seek medical attention for the wrist for fear that the doctors would not allow him to compete.

After struggling with a bulky wrist sleeve on the practice range, Mick discarded the brace on the first tee and proceeded to play the round of his career, leading his partner Ron Mouw to an improbable McMouw Cup victory over Ryan Mouw and Larry McDonnell. 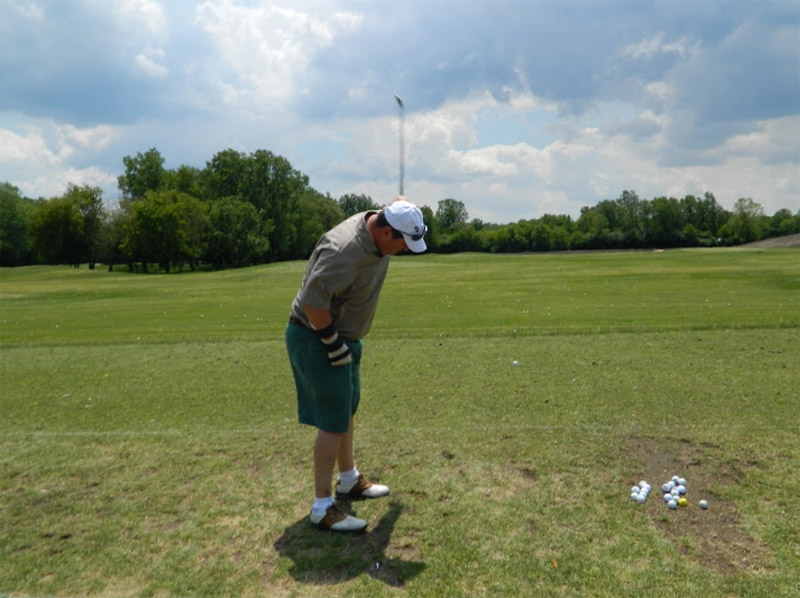 5. Joe Hill chips in on second hole of a sudden death playoff to win in 2004.

After losing to Ray Shinkle the previous year in a sudden death playoff, the golf gods smiled on Joe Hill after he learned his long-time partner, John Eterno, would be unavailable for the 2004 Shootout. As luck would have it, 1994 Champion Walter Lis was available and the duo clicked immediately, leading the tournament by four strokes after the first nine holes.

After sinking a 75-foot birdie putt on the 17th hole, Lis made another improbable birdie on the 18th to catapult their team into a playoff with Aaron Knight and Mike Kroening. Hill and Lis were no strangers to sudden death playoffs, both losing in their previous attempts. However, their luck would change on the second hole of the sudden death playoff as Joe Hill would sink a 45-foot chip from just off the green for the victory in one of the most thrilling moments in Shootout history. 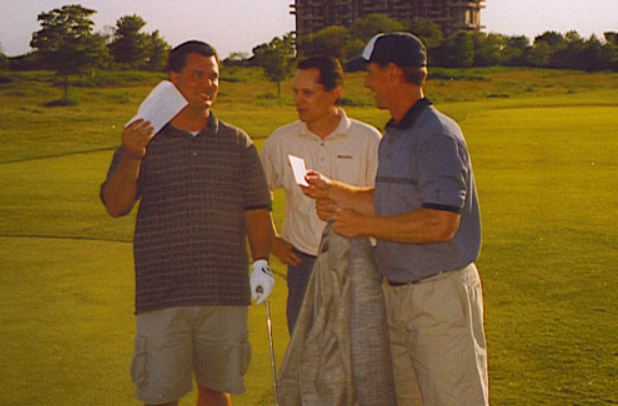 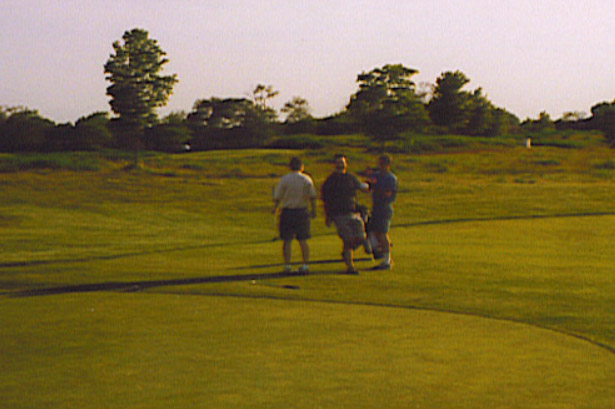 4. Ace Troy cards the only hole-in-one in Shootout history in 2006.

With one swing of his trusty 9-iron, Mike Troy became the first player in Shootout history to card a hole-in-one, acing the 130-yard 12th hole in 2006. Tournament officials estimate that over 172,000 golf shots have been attempted throughout the 24 year history of The Shootout. In that time, only Mike Troy has been able bag an ace. 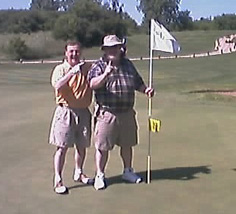 Ace Troy holds the hole in one flag.

No player has been as consistent in the history of the tournament as George Les, winner of the 2007, 2011, 2014 and 2018 Invitational Shootouts. King George has finished in the top five in 9 of the 11 events that he’s competed in and even won the 2012 Shootout Wedge Tournament.

His 2018 victory was his fourth triumph. He won two with partner Paul Manolitsis and two with longtime partner Dominic Dallio.

2. Ray Shinkle becomes only man to defend his title in 2003.

Since his first appearance in the Shootout in 2002, Ray Shinkle has earned the reputation as the greatest ball striker in tournament history. The “Predator” won in his first appearance with partner Jeff Fernstrom in 2002 and again in 2003 with partner Brian Donley. Of the 36 men to win the Shootout since 1994, only Shinkle has been able to defend the title. To further cement his Shootout legacy, Shinkle would capture his third crown in 2016, joining King George Les as the only two players to win three Shootout crowns. 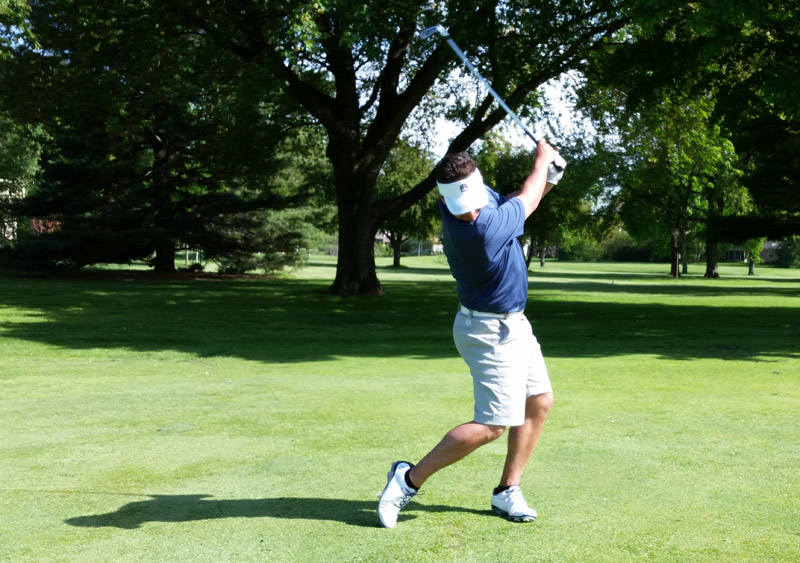 There was great anticipation before the 2009 Invitational Shootout as one of the largest and strongest fields in Shootout history prepared for battle. Although there were 12 current or former champions in the field, it was a previously unknown team that would dominate the event like never before, shaking The Shootout to its core. Kevin “Hammer” Hyland and Dave Neill showed up at Water’s Edge with little fanfare and left with a legacy that has never been matched. 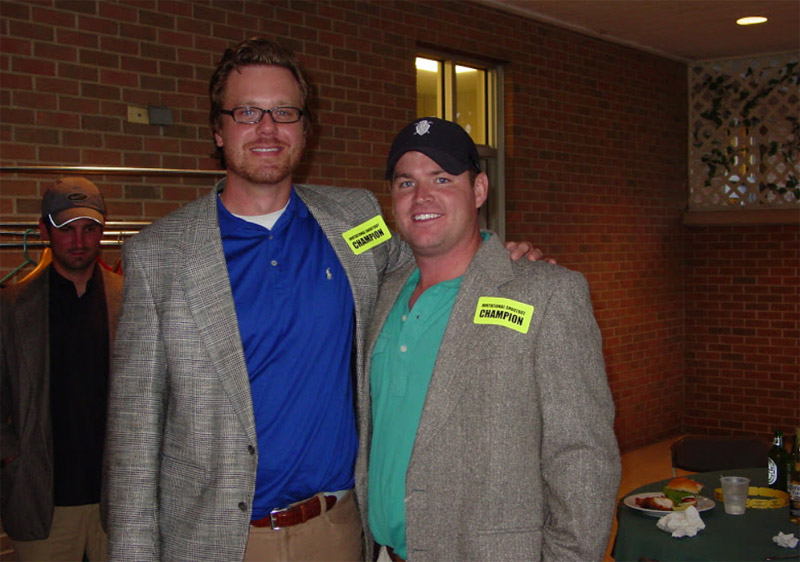 The two men lapped the field early, making victory a foregone conclusion before the start of the back nine. The only remaining question was answered on the 18th green with their final birdie, allowing the duo to become the first team finish to -10, a mark most felt would never be achieved. 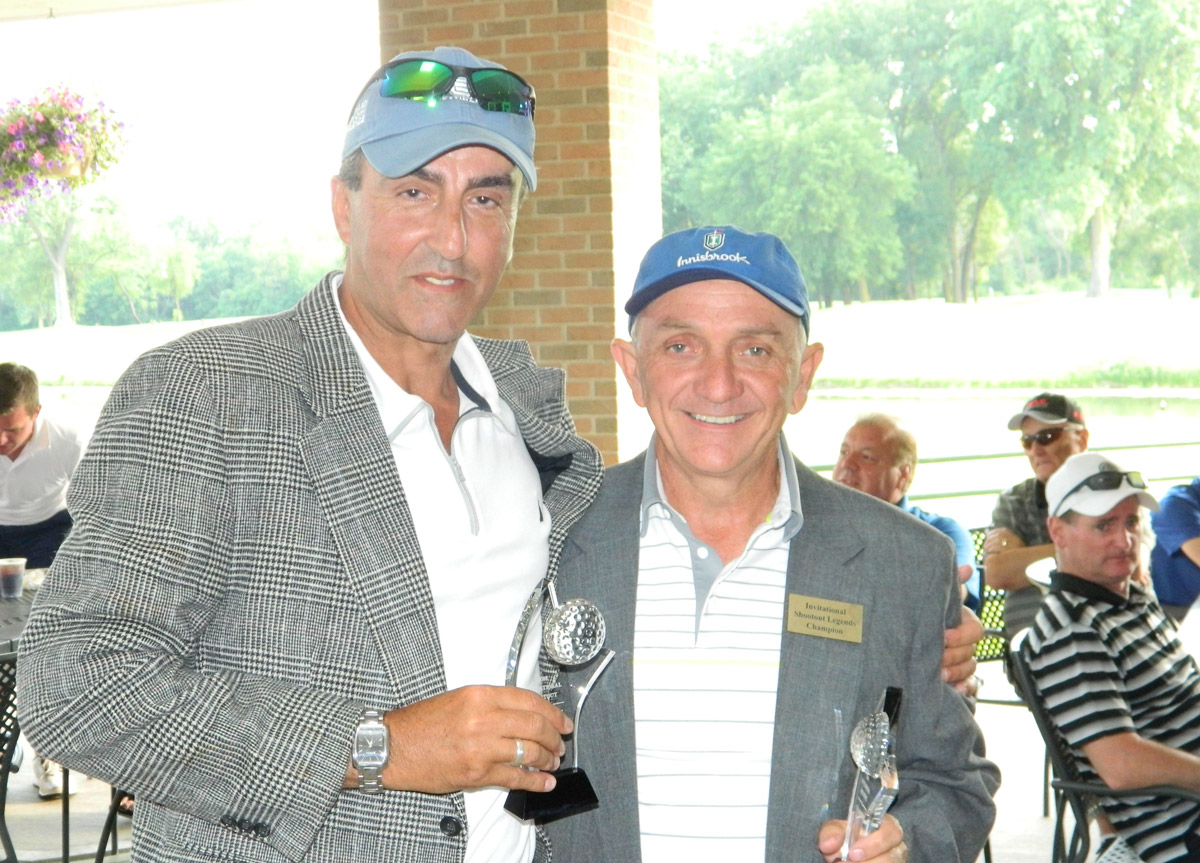 Since the first event at The Links at Carillon in 1994, only 36 players have won The Invitational Shootout. Joining the elite club of Shootout Champions is the accomplishment of a lifetime and these titleholders are honored every year during the Ring of Honor ceremony after each event.

As we celebrate the 25th edition of The Invitational Shootout, it’s only appropriate to ask the question “Who is the Most Dominant Champion in the Shootout history?” Vote for your favorite below. Champions’ victories are in (parentheses).