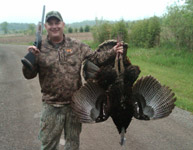 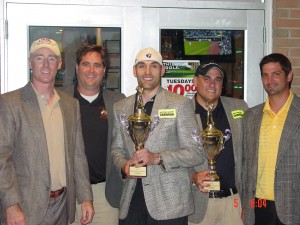 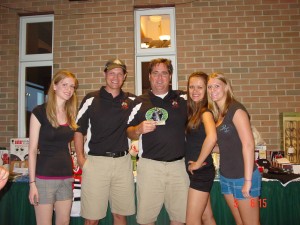 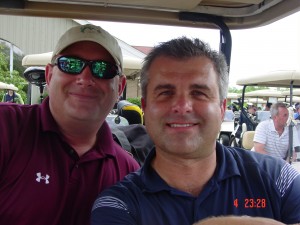 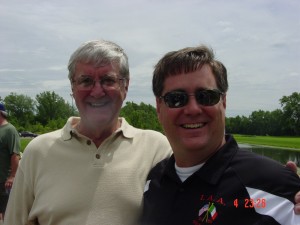 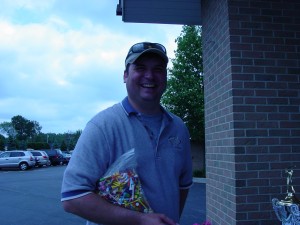 With just a month before the event, the Shootout Participant Committee still awaits an official commitment from long-time Shootout participant and local celebrity Ryan Mouw. However, Ryan is taking this year’s event more serious than ever as he enrolled in the local celebrity fit club boot camp several months ago.

No one has seen Mouw since he checked himself into this rigorous program, but an anonymous source, who also provided these before weigh in photos, reports that Ryan already has achieved his stated overall goal. If that is indeed true, we expect Mouw to vault up the Shootout leader board this year now that he can couple renewed fitness and endurance with his always superlative field wood game. 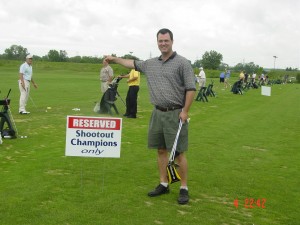 The atmosphere around the driving range at Flagg Creek Golf Club in the normally sleepy town of Countryside on Wednesday afternoon was electric with a dominating practice session by Joe Hill, 2004 Invitational Shootout Champion. Hill’s crisp ball striking and thunderous drives caught the attention of more than one local patron.

“This guy was bouncing balls off the top of the net at the back of the range” said Dr. Wayne Solomon. “That’s over 300 yards! I was also impressed by his precision iron shots. This guy has to be considered a favorite to win another plaid jacket.”