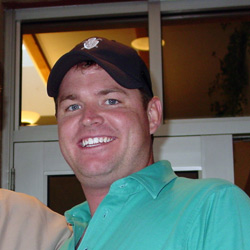 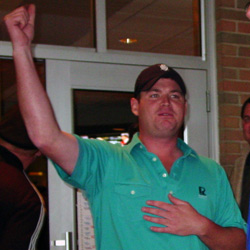 In 2009, Dave Neill, along with partner Hammer Hyland, turned in one of the most dominating and intimidating performances in Invitational Shootout history. They are the only team to shoot double-digits under par in the history of this great event. Like his partner, Dave Neill brought a “take no prisoners” approach to Waters Edge in 2009, driving multiple par fours that were previously considered unreachable. Neill’s breath-taking 245-yard 7-iron approach to the 15th green was considered by many to be the shot of the year in 2009.