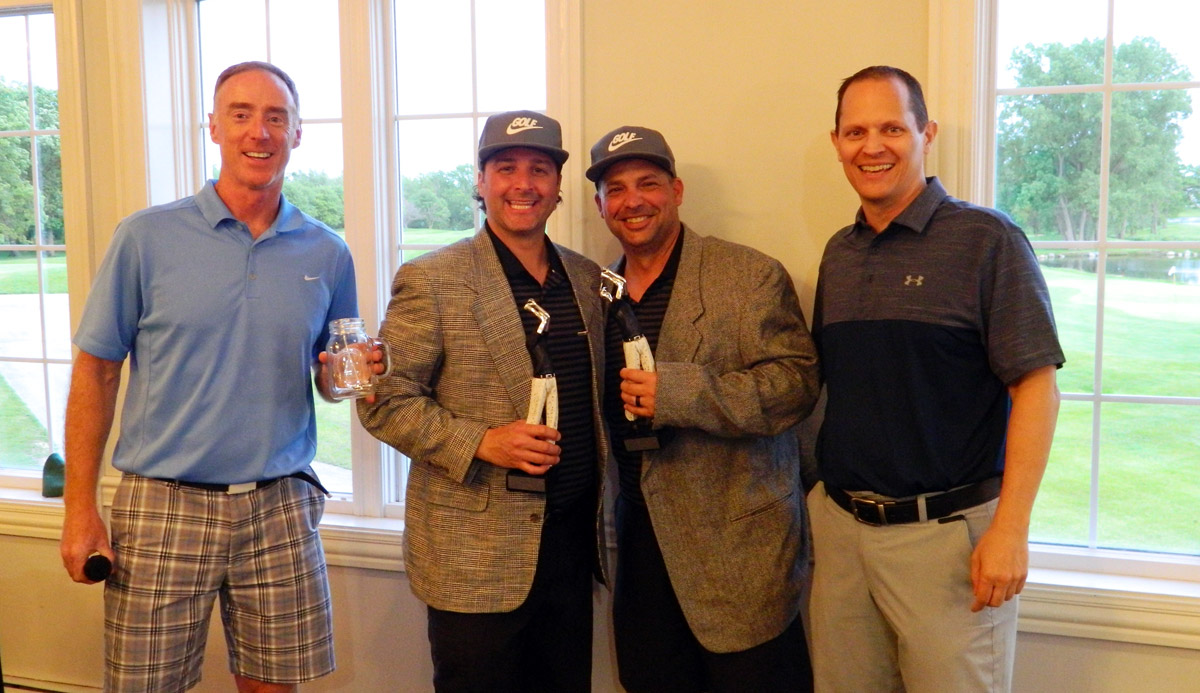 The win was the third for Shane Hennessey-York, who also won the 2015 Invitational Shootout with Greg Smith. In addition to their 2017 triumph, Joe Schley finished T6 in 2014 in his first Shootout appearance with Hennessey-York.

“I couldn’t be more proud of our accomplishment today” said Shane Hennessey-York. “Joe and I really didn’t think we did enough to earn a shot at the win. That’s why we were surprised and elated when we found out the birdie was enough. It’s been a long time since I chipped in. I’ve certainly never chipped in like this with so much on the line.”

“After starting out with a bogey on our first hole, we knew we had to get aggressive” said Joe Schley. “That attitude helped us post a couple quick birdies and then we eagled 6, which was huge. When we eagled the 10th hole it started to feel a lot like 2017. We had a great time playing with Hal and Ken today. They’re terrific competitors and great guys.”

With the win, Hennessey-York joined Ray Shinkle with three career Shootout titles. Both players trail George Les, who is the only player with four Shootout victories on his resume.

The 2019 Invitational Shootout was the first contested at Ruffled Feathers Golf Club in Lemont. The Pete Dye layout proved to be a tough, but fair test of golf for the Shootout competitors.

“I never take winning for granted” said Hennessy-York. “And I love this tournament so much that sometimes I think I try to hard. Joe is a perfect partner for me because he’s really easy going. Winning this tournament and joining a legend like Ray Shinkle with three wins is like a dream come true.”