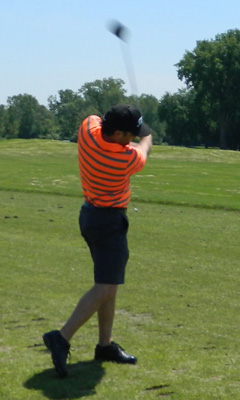 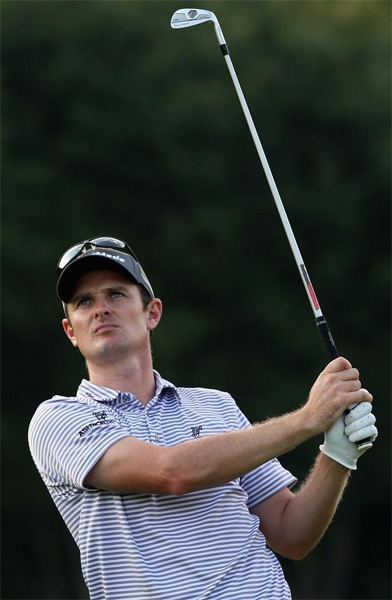 This new division is the first such change from the Competition Committee since 2006, when the Legends Division was first introduced. The Tournament moved to Water’s Edge Golf Club that year and the first Legends winners were Bill Stanley and Victor Tocwish.

In 2007, the team of Bob Barasa and John Groark shot a five under par 67 to win the Legends Division title. They finished just one stroke behind the overall Tournament winners, an almost unthinkable feat until that year.

“The Competition Committee unanimously voted to introduce the Super Legends Division primarily because so many great teams are now in that age range” said 2004 Shootout Champion Joe Hill. “We’ve worked very hard over the years to attract and cultivate some of the top players who are 60+, so it only makes sense to create an entirely new division that showcases their talents.”

“I think there will definitely be some crossover between divisions because a lot of these teams that are 120+ can really play” said Competition Committee member Mick McDonnell. “I think something like Barasa and Groark in 2007 could occur again, especially since the top level teams have become so strong.”

The Invitational Shootout Competition Committee recently announced four special probationary qualifying exemptions into the field for the 2015 event. Both teams that were awarded exemptions did not qualify initially, but were given special status based on appeal.

Special probationary exemptions have been granted annually to teams the Competition Committee classifies as “solid candidates” for improvement. Notable teams to receive qualifying exemptions include Jutkins/Ellis in 2004, Slinkman/Slinkman in 2008 and the 2012 Champions Dan Cerny & Kyle Kickert.

“Every year we see a lot of really good teams fail to qualify for The Shootout” said Competition Committee member Joe Hill. “Many of these teams are good enough to compete in the big tournament, but they either have a bad day during qualifying or they just make too many mistakes under pressure.”

“We’re always looking to improve the quality of the field, so we typically try to identify a couple teams each year that show enough potential to eventually become cornerstone teams at the top of the leaderboard. It’s really quite an honor to get picked. We often see these exempted teams perform really well because they practice their butts off to prove they belong in the best two-person golf scramble in the Midwest.”

Although Dorsey/Lesinger and Grant/Jemilo will now be in the field for the 2015 Invitational Shootout, they will have to earn their way back to Waters Edge in 2016 by posting a lower score than the previous year’s McMouw Cup Champions. The 2014 McMouw Cup winners were Mick McDonnell and Ron Mouw, who posted an 81 last year to win the Cup.

“Dave and I couldn’t be happier to finally accomplish our dream of playing in the Invitational Shootout” said probationary qualifier Ken Dorsey. “I grew up idolizing the legends of this event like Hammer Hyland and George Les. I guarantee you no one will be working harder over these next two weeks to be ready for the tournament. On June 6, we’re definitely going to beat Mick and Ron and earn our invitation for many Shootouts to come.”

Since their introduction in 1999, Invitational Shootout qualifiers have produced some of the most memorable moments in Tournament history. The stunning 2004 qualifying match between Johnson/Szeszycki versus Sindelar/Gentry that ended in the “lost ball” controversy and the sudden death battle in 2013 between Smith/Wesinski and Davis/Lombard immediately come to mind.

After falling behind on the first hole, DiBona/Lang found their groove and cruised to victory behind DiBona’s clutch shotmaking. “Greg really hit some terrific shots today” said partner Tom Lang. “His chip in on the 3rd hole was huge for our confidence. I also think it took some of the wind out Matt and Tom’s sails. They really weren’t the same team after that shot.”

Outside of the first hole, the highlights for Grant/Jemilo were few and far between. Both players struggled adjusting to the fast pace of the competition and challenging course conditions.

“I think Matt and Tommy may have been a little outside their comfort zone today” said two-time Invitational Shootout Champion Ray Shinkle, who served as caddy for Matt Grant. “They were definitely amped up at the opportunity to qualify for The Shootout and to beat a proven powerhouse team like DiBona/Lang on a prestigious track like Palos Municipal. But it seemed like the moment just overwhelmed them a bit.”

“When we started the Shootout Qualifiers, our goal was to give players of all skills levels the opportunity to qualify for the greatest two-person scramble event in the Midwest” said 2004 Invitational Shootout Champion Joe Hill. “We also found that these qualifiers were a great way to expose the younger players to the pressure of The Shootout on a slightly smaller stage. We’ve seen quite a few really good teams struggle in their first attempt to qualify and go on to have great careers in The Shootout. I’m still confident Matt and Tom have a chance to become consistent Shootout performers, but it’s definitely a process.”