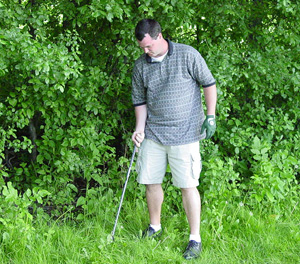 “I’m really pleased with our performance today, especially under the intense pressure that we faced all day” said Shinkle. “To beat Joe Hill in a playoff is like staring down a rattle snake at feeding time. I’ll bet he’ll come back next year with even more intensity than he had this year.”

“What’s even more fulfilling is the fact that I won again with a new partner ” continued Shinkle. “A lot of guys thought Jeff Ferstrom did most of the work last year, so to come back with a new, more-mediocre player and still get the job done feels really good.”